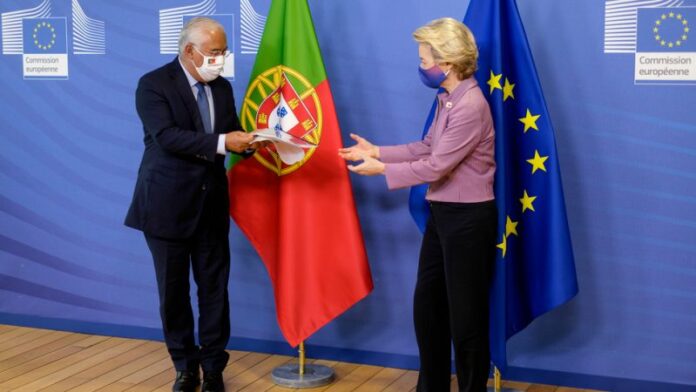 On the 1st January 2021, Portugal took over the rotating Presidency of the Council of the EU from Germany at a particularly difficult time, when the COVID-19 pandemic and its socio-economic consequences pose an unprecedented challenge for the EU and its Member States, requiring decisive and wide-ranging action. We have the vision, the program and financial instruments needed to set out together on the path of hope, confidence and credibility.

Therefore, the motto of Portugal is: ‘Time to deliver: a fair, green and digital recovery’, that sums up the three main priorities of the Portuguese Presidency. The programme details these priorities and lines of action of Portugal’s Presidency of the Council of the EU lasting until 30th June 2021, and also ensures that these six months mark the start of a new cycle in Europe.

In his speech, Portugal’s Prime Minister, António Costa said while presenting the priorities of the Portuguese Presidency at the Plenary Session of the European Parliament in Brussels:

“With the COVID-19 pandemic, Europe is facing its biggest challenge of the post-war period. In less than a year, we have seen families shattered with the loss of almost half a million lives. We have been dranged into an economic and social crisis that has been devastating across all 27 Member States.

But this crisis has also proven the added value the EU provides, ensuring equal access for all European citizens to the eagerly awaited vaccination against COVID-19. We also have a joint and robust response to the economic and social crisis, in the assurance of financial stability.

The start of the vaccination process, the approval of the Multiannual Financial Framework (MFF) and the Next Generation EU Programme open the door to hope.

The first condition for recovery is the success of the vaccination process, without which it is impossible to safely resume our normal everyday lives.

We need to ensure working in a coordinated manner, because only together we can beat the virus and re-establish full freedom of movement and all the potential of the single market. But international solidarity is also indispensable so that the pandemic can be eradicated from the entire world, whether in our own neighbourhood, in Africa or in Latin America.”

The three major priorities of the Portuguese Presidency:

– To promote a recovery leveraged by the climate and digital transitions;

– To implement the European Pillar of Social Rights of the EU as a distinctive element for ensuring a fair and inclusive climate and digital transition;

– To strengthen Europe’s autonomy whilst remaining open to the world, taking a leading role in climate action and promoting a digital transformation in the service of people.

One of the main priorities is to implement the MFF 2021-2027 and the EU Next Generation Instrument, which include a series of innovative financial instruments for supporting the upturn in Europe, in particular the Recovery and Resilience Facility. The approval and execution of the National Recovery and Resilience Plans will be another priority.

The EU’s resilience also depends on defending its fundamental values. We will accordingly work to protect and consolidate the Rule of Law, combat all forms of discrimination, promote pluralism in the media and combat disinformation.

A central theme of Portugal’s Presidency will be to strengthen the European social model to transmit a sense of confidence to citizens. The aim is to ensure that the dual climate and digital transition is achieved in an inclusive way, leaving no one behind whilst addressing the social dimension of the pandemic.

In May, Porto will host the Social Summit, divided into two key moments:

– a High Level Conference on 7th May with broad participation by European institutions, Member States, social partners and civil society, followed by

– an Informal Meeting of European Leaders on 8th May. The aim is to give political impetus to realising the European Pillar of Social Rights in the life of European citizens, where employment, qualifications and social protection will be the central topics.

Portugal’s Presidency supports the creation of a European Health Union, which will strengthen the capacity to respond to public health crises and to produce and distribute safe vaccines in Europe and beyond. We will contribute to ensuring that the process of vaccination against COVID-19 takes place simultaneously in all Member States and that the vaccine is a universal good, both public and free.

In the domain of external action, Portugal’s Presidency will invest in strengthening multilateralism and affirming the EU as a global player, whose leadership is needed in all areas and topics of the international agenda. One of the highlights in this area will be the Informal Meeting of European Leaders with the Prime Minister of India to give momentum to a stronger political and economic dialogue.

Portugal’s Presidency will also pay particular attention to neighbouring countries, and to the EU’s relations with Africa and Latin America.

Another priority will be transatlantic relations and a renewed agenda with the incoming US administration of President Joe R. Biden.

Lastly, it is the first rotating presidency to deal with the United Kingdom’s withdrawal from the EU’s Internal Market and Customs Union. With a provisional agreement now in place on the future relationship between the two sides, Portugal’s Presidency will work to obtain its definitive approval and then its implementation, so that the UK and the EU can consolidate a strong economic, geopolitical and security partnership.