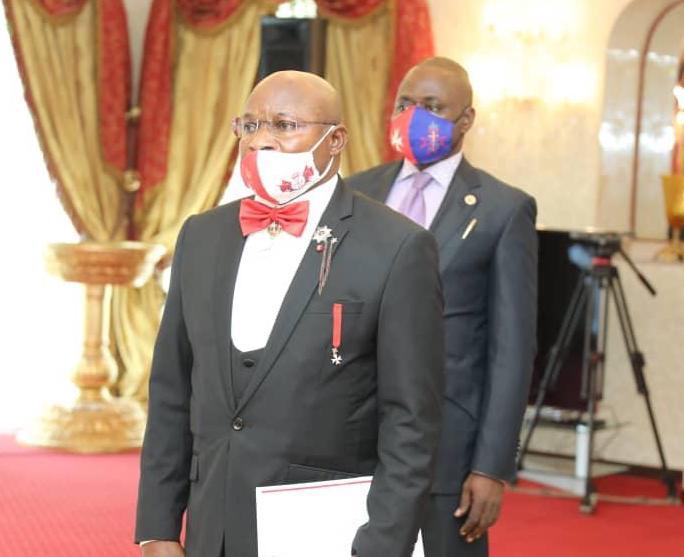 The Government of the State of the Sovereign Order of Saint John of Jerusalem, Knights of Malta, Federation of Autonomous Priories (KMFAP) has the pleasure of informing that our new Ambassador Extraordinary and Plenipotentiary to the Republic of the Congo (Congo-Brazzaville), H.E. Sir Henri Nsika, KM, has presented his Credential Letters to the President of the Republic of the Congo, His Excellency Denis Sassou Nguesso GCoIIH, in a protocol ceremony that took place on the 30th March 2022 in Brazzaville.

The address of the new KMFAP Embassy in Brazzaville is:

The Government of the Federation (KMFAP) shares some of the photos about the protocol ceremony of presenting the Credential Letters of H.E. Ambassador Nsika. A short video has also been broadcast by the Congolese TV about this official event.