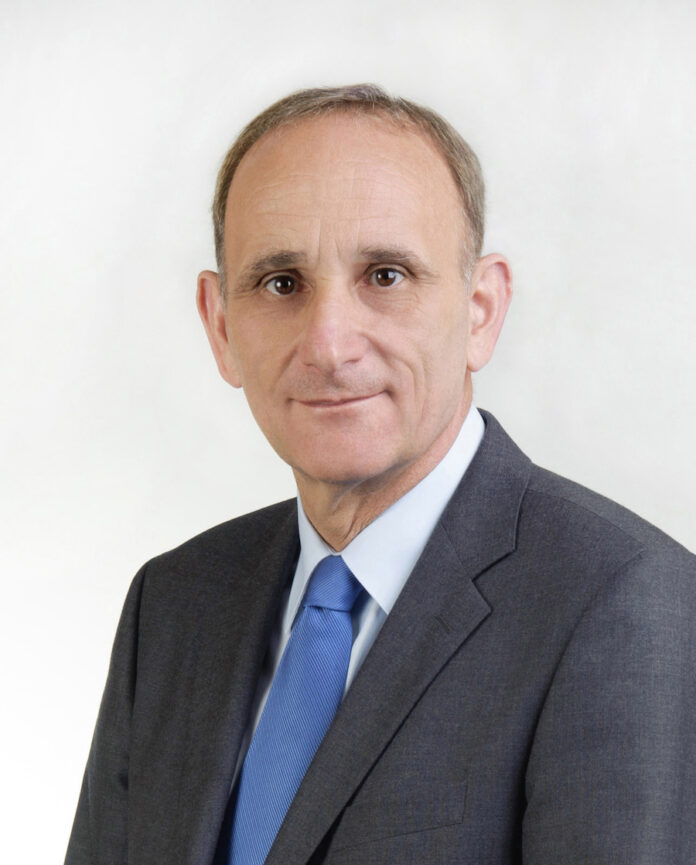 Mr. Mayor, You abandoned Your successful career as a surgeon and have been leading Gödöllő for 31 years, which clearly shows the trust of local residents. What are the indisputable achievements with Your team in the city’s development that make You proud?

– Gödöllő is the second most liveable city in the country in its category. Of course, to reach such a good result, a competent and efficient team has been necessary, with whom I have the pleasure to work for 31 years. I would mention my former clerk who worked with me for 28 years. We made numerous developments in the city together. The second such person is my former deputy mayor, who still helps my work from the background today. And, of course, the unbroken support of the Local Patriot Club, of which I have been mayoral candidate since 1994. I think a mayor should always keep in mind and fight for the interests of the settlement and the people living there, and not representing political parties. We can, of course, form our own opinions too. Naturally, it occurred in history that the leaders of the country frowned upon a leader of a city who had a different opinion and did not surrender to those in power.

As the President of the Association of Hungarian Local Governments (MÖSZ), how do You assess the present relationship between the government and the local governments during the pandemic?

– MÖSZ is a professional association, not a political one attached to a party. This is important to note. Our members include opposition, independent and pro-government mayors. This is fine because it also reflects the diversity of voters. We must always cooperate with the current government in order to have successful and competitive municipalities at the head of the country’s settlements. It is our job to bring the attention of the government to things not working well. We have the most direct contact with the people who first approach us with their problems and requests to be solved, we represent them. We are not enemies, but we must fight for our interests and goals, and stand up for ourselves. If the government takes resources or tasks away from us, or puts additional burdens upon us, it would be appropriate to inform us and ask for our opinion. Unfortunately, during the pandemic, we only learned about the planned measures from the media or just Facebook. It happened more than once that a new measure was announced in the morning, came into force the next day, and then the information appeared in the Hungarian Gazette only a few minutes before midnight. It is very hard to work this way. This cannot be called cooperation at all. Last year, more than HUF 1 billion were withdrawn from Gödöllő alone, which is a huge amount for a city of this size (32,000 inhabitants). To be clear, incoming taxes help us pay, for example, the salaries of kindergarten teachers, nurses, food subsidies, expenses for culture, and road renovations. If we dare mention this unacceptable procedure, we will be attacked immediately. At the same time, some settlements received HUF 1.3 billion in extraordinary support on Christmas Day last year, just like that. Interestingly, these were all Fidesz-led municipalities. My question: what about the others? When will a similar emergency support be provided to other municipalities? It is also incomprehensible why a distinction is made between settlements with less and more than 25,000 inhabitants. While those in one category are fully compensated by the state, others receive individual assessment. Who decides on this issue and on what professional grounds?

It is unique in Europe that significant resources are diverted from municipalities. In other countries, local authorities received additional support to control the pandemic and make up for lost resources. Hungarian local governments have to put something from their own budgets into the central register, by the decision of the government. At the same time, they take loans worth billions for other purposes.

More and more municipalities are joining MÖSZ, as we can see.

– Today, MÖSZ is the strongest local government association, its members include Budapest, several districts of the capital and many cities, towns with a county status and small settlements, too. MÖSZ earned its credibility by formulating its position and opinion from a professional point of view and by representing it firmly. This body initiates consultation with the government on all issues affecting local governments; we are open to cooperation, but our efforts have yielded little.

How can local governments ease the residents’ situation with their very limited resources? How have the powers of municipalities changed recently?

– Unfortunately, in the recent period, due to withdrawal of funds, local governments have less means to perform their statutory duties and to meet the population’s rightful expectations. We had to step back in the adopted budgets compared to last year. We can spend less on development, social care, culture. It should be seen that it is not the mayor who is deprived of the sums taken, but the residents, who of course hold the municipalities accountable even for the road potholes or things not going as usual.

In recent years, many competencies have been taken away from us and come under state supervision. We partly agree with this, but we also believe that certain tasks have to be managed by local governments. And it was mainly our revenues that they reduced during the pandemic. Just one example: the amount lost due to the general abolition of parking fees in our city is more than HUF 100 million. I do not think this measure made any sense, because free parking throughout the country did little to improve the situation caused by the virus.

Compared to other EU member states, how is Hungarian crisis management different?

– As I have already mentioned, here money is taken away from local governments, while elsewhere the state supports municipalities with extra resources in this unparalleled difficult situation, which has lasted for more than a year. Let us take Austria, Germany, the Netherlands, Slovakia, the Czech Republic, but even Romania as examples, where the government provides significant assistance to municipalities. Not to mention that in these countries there is real coordination and cooperation between the state and local governments on all relevant issues. Unfortunately, we lack this.

Mr Mayor, I highly value that in this extremely serious health situation You have once again put on Your medical gown and volunteered for hospital service, helping the most affected patients. What motivated Your decision?

– Hungarian health care is in a very exhausted state. It is on the last edge of its efficiency due to a shortage of doctors and nurses. In this situation, in the spirit of my Hippocratic Oath, I felt obliged to volunteer and help. I can tell you I went into the lion’s den, as I served in a COVID department. Outsiders cannot even imagine the work beyond human understanding that doctors and nurses perform. Many are on duty 24 hours a day, with short breaks. I consider them the real heroes now. I will also be helping with the vaccinations soon. As the Mayor of Gödöllő, I am also very proud that my colleagues from many sectors are volunteering. I also thank them for their solidarity and work.

In the current situation, what is Your main wish and message?

– Hungary should have a government which realises that the success of their work depends on the cooperation with local governments and this promotes the country’s development. Indeed, this is our most important common interest, as opposed to party-politics or individual regard.