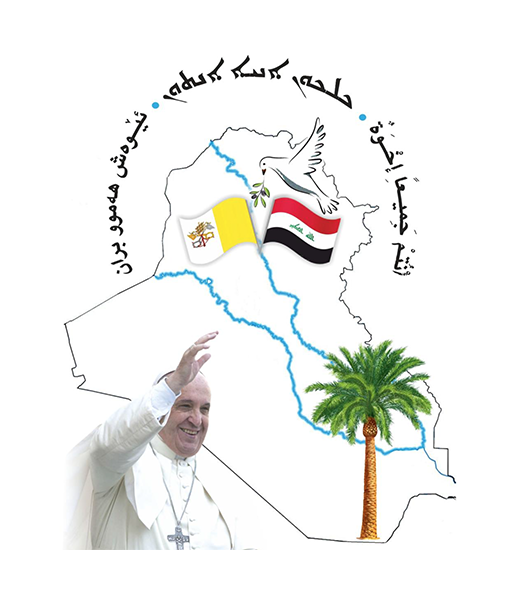 Written by H.E. Ali Al-Bayati, Ambassador of Iraq to Hungary

The visit of His Holiness Pope Francis to Iraq, Mesopotamia – the land of the apostles and prophets, home of Ur and Prophet Abraham (peace be upon him) – is a historical event. It marked the first papal visit in the history of Iraq and the Holy Father’s first journey abroad since the COVID-19 outbreak.

As a guest of Iraq, Pope Francis fulfilled an old dream of Pope John Paul II: to pay a visit and pilgrimage to the birthplace of Prophet Abraham. The papal visit also represents a support for all Iraqis of all faiths, a message of peace to Iraq and the entire region that confirms the unity of the humanitarian position in confronting extremism and conflicts. It promotes diversity, tolerance and coexistence, especially since the Pope described it as a “symbolic visit and a duty to a land that has suffered for many years”.

A visit to Iraq by such an illustrious leader as the Pope is a great message of moral support for Christians in Iraq, for Chaldeans, Assyrians and Syrians, as Mesopotamia is their land, their country and the land of their ancestors, as an essential part of Iraqi society.

With the start of the reconstruction process of the archaeological sites and historical churches in Mosul, Baghdad and elsewhere, this visit can also have a positive impact in terms of motivating those interested in providing logistical and financial support, as these churches are among the oldest Christian churches in the East and around the world.

The apostolic journey of Pope Francis to Iraq came as no surprise, when he announced his wish to visit Iraq in 2019. On 7th December 2020, His Holiness confirmed his intention to carry out this visit between 5-8 March 2021, which included five major Iraqi cities at the invitation of H.E. Dr. Barham Salih, President of the Republic of Iraq.

The Iraqi government paid great attention to this high-level function, starting with the preparations; all Iraqi embassies around the world have been working on issuing visas to officials wishing to meet with His Holiness and journalists covering the event.

Upon arrival on Friday, 5th March, the Pope was received at Baghdad International Airport by Prime Minister H.E. Mustafa Al-Kadhimi and a large number of senior officials. Afterwards the Iraqi President hosted an official reception in honour of the Pope, attended by the Prime Minister, Speaker of the House of Representatives Mr. Muhammad Al-Halboosi, Chairman of the Supreme Judicial Council Judge Faiq Al-Zaidan, President of the Federal Court Medhat Al-Mahmoud, senior officials, heads of Iraqi sects, diplomats working in the country, and a group of artists, writers and clan elders.

The next day, Pope Francis paid a courtesy visit to the Shia cleric Grand Ayatollah Sayyid Ali Al-Husayni Al-Sistani. During the meeting, the major challenges facing humanity, the role of belief in Almighty God, his divine messages and the abidance with the moral values were discussed. Ayatollah Sistani spoke about the suffering of people worldwide from injustice, poverty, religious and intellectual oppression curbing the basic freedoms and the lack of social justice. The best examples are the people in our region who are suffering from wars and violence, economic embargo and displacement. Another example is the suffering Palestinian people in the occupied lands. He pointed out, “Religious and spiritual leadership must play a big role in stopping the tragedy … and urging sides, especially great powers, to make wisdom and sense prevail and erase the language of war”. They should avoid all hostility and should not expand their interests on the account of people’s rights to live in freedom and dignity. Ayatollah Sistani mentioned Iraq’s position, its glorious history, and expressed his hope that Iraq will soon overcome its current distress. He also stressed his care for Christians in Iraq and their right to live in peace and enjoy all constitutional rights. He pointed out the role of religious authority in protecting them and all those who had got unjust and harm in the previous years’ incidents, especially during the terrorist occupation of vast areas in many Iraqi provinces practicing the worst criminal acts. Ayatollah Sistani expressed best wishes and happiness to the Pope, the followers of the Catholic Church and all humanity, and thanked him for bearing the travel burdens to Al-Najaf Al-Ashraf province.

After the meeting, the Pope said: “Ali Al-Sistani never stands up for salutation, but he did salute me, twice, standing as a respect. This meeting was good for my soul.” And because of this great meeting that gathered the two highest religious leaders of the world, the Iraqi Prime Minister announced that the 6th of March will be commemoration of a national day of tolerance and coexistence, stating that “it is a glimpse of hope that shown for the future of Iraq”. He also praised the efforts exerted by the Iraqi church and its role in paving the way for this visit not only for Christians but for all of Iraq.

Then the Pope headed to the city of Nasiriyah, city of Ur, which embraces the house of Prophet Abraham. The government spokesman, the Minister of Culture, Tourism and Antiquities Mr. Hassan Nadhum emphasized that this visit is considered as a dialogue station for religions in the city of Ur and will also be a chance to gather there the Iraqi religions such as Muslims, Christians, Sabians and Yazidis. The city of Ur “the ancient area” is considered as one of the most important stations for the Pope and is one of the oldest civilizations in southern Iraq, belonging to the Sumerian era. It was the capital of the Sumerian state in 2100 B.C. and gained more importance after inscribing the “Zaqurat” (Ziggurat of Ur) to the World Heritage List in 2017. The Ziggurat was a temple of the moon goddess “Nanna”, as mentioned in Sumerian legends.

In addition to the Christian community in Iraq, the Pope was received by ecclesiastic delegation, political, religious and sects’ representatives, and the governor of Thiqar province. Before the interreligious meeting with different religions and sects in the city of Ur, Pope Francis said, “This is the place where faith and monotheism began… from the land of our father Abraham, faith brings us along. Hostility, extremism and violence are not born from a religious heart: they are betrayals of religion. We, believers cannot remain silent when terrorism abuses religion; indeed, we are called unambiguously to dispel all misunderstandings”.

On Sunday, 7th March, Pope Francis travelled to the particularly important province of Nineveh, the centre of the Christian religion in Iraq, where the ancient churches and monasteries were devastated by Daesh (ISIS). His Holiness prayed for the victims of war at Hosh al-Bieaa (Church Square) in Mosul, which event was attended by numerous Christian officials, including Archbishop Najeeb Michaeel Mousa. In his speech, the Pope welcomed the invitation of Archbishop Michael because “Christians shall return to Mosul to play their vital role in the renewal and healing process”. Then the Pope performed cherubic missionary pray in the Church of “Immaculate Conception” in Qaraqosh, one of the oldest Christian areas in the whole East, and met with local people.

The Pope concluded his trip at Erbil province, where the head of the Kurdistan region Mr. Nechirvan Barzani, and top officials welcomed him. The Pope celebrated a Holy Mass at the “Franso Hariri” Stadium, being the biggest event during his visit to Mesopotamia (Iraq), attended by thousands of people.

On the 8th March, the President of the Republic of Iraq hosted an official ceremony at Baghdad International Airport to bid farewell to Pope Francis. On his return flight to Rome, the Pope shared his thoughts at a special press conference: He felt like “being reborn after being a prisoner” due to the pandemic restrictions. Regarding his visit to Ayatollah Sistani, he said: “I found Al-Sistani a wise and great man, and meeting him gave me high spirits”. Concerning his visit to Mosul, the Pope recalled that sitting in the mid of the rubbles of old churches and buildings he was shocked by the incredible brutality that the region experienced.