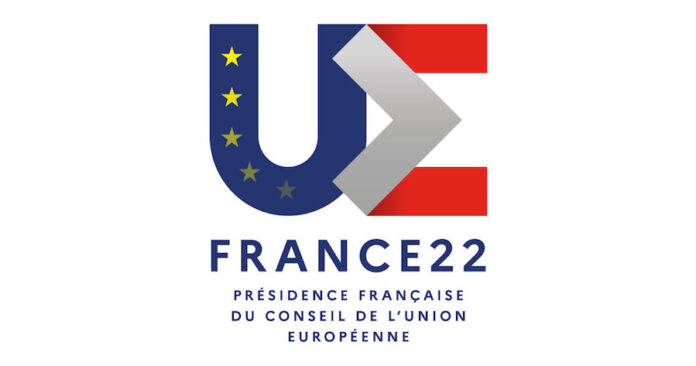 Message from Emmanuel Macron, President of the French Republic

“This is a time for Europe. Faced with health and economic challenges, the rise of aggressive powers and climate change, the best response is a European one.

Our Union never succeeds as well as when it defends its values and interests: the COVID-19 crisis and its consequences have proved this once again. In this crisis, Europe has been able to cope, true to its model. No other political area has vaccinated as much of its population, while donating the most vaccines in the world, and no other area has protected its citizens from unemployment and bankruptcy like the EU. Rights have been respected, laws passed by elected parliaments, and judges have supervised these decisions. Solidarity and democracy form the basis of the European model.

From 1st January 2022, France holds the Presidency of the Council of the EU for six months. The responsibility to finalize projects and laws for Europe is first and foremost something we are proud to do. We are proud to say: ‘We act as Europeans’.

Through its words and actions, France has been preparing for this Presidency since 2017. Europeans no longer complain that Europe does too much, but rather that it does too little. Which is why the EU has been pursuing a sovereignty agenda for the last four years: on economic issues with shared debt; ecological concerns with carbon neutrality for 2050; defence with the first common military budget; and social affairs with the revision of the Posted Workers Directive, Europe is already taking charge of its fate.

This agenda for a sovereign Europe will be accelerated with the French Presidency. Europe must rise to the major economic, educational, migration and military challenges. The French Presidency must be a moment of truth for the regulation and accountability of digital platforms, carbon pricing at European borders on imported products, minimum wages, and our relationship with Africa.

The Presidency of the Council of the EU will also be a time for France. In the coming months, we must discuss together Europe’s strengths and weaknesses, what it is lacking, and agree on what it should do. Hundreds of events, conferences, artistic workshops, debates, films and collective activities are organized across the country so that each of us can bring a piece of Europe home.

Lastly, the French Presidency will be a time to look forward. We must deal with pressing matters, but also look to the future by launching new European projects in the wake of the Conference on the Future of Europe; projects for young people, and on the protection of our democracies and our values to strengthen the sense of a shared European culture and history.

I wish to convey this message of pride and ambition to all Europeans on behalf of the French people.”

French Presidency of the EU Council 2022

On the 1st January 2022, France took over the Presidency of the Council of the European Union, succeeding Slovenia, and will be replaced by the Czech Republic in the second half of 2022. The symbols of this handover, the Eiffel Tower and the Elysée Palace were simultaneously lit up in blue, the colour of Europe.

Slovenian Prime Minister Janez Janša presented the achievements of the Slovenian Presidency during the European Council Summit in December 2021, attended by European Council President, Charles Michel and President of EU Commission, Ursula von der Leyen. One of the top priorities of the Slovenian term was EU resilience and recovery, and the Slovenian Presidency has made important contributions to the EU’s resilience and preparedness for future health crisis, cybersecurity challenges, natural disasters and other possible threats.

President Macron promises an ambitious programme for France’s six-month tenure, which coincides with the French presidential election. “2022 must be the year of a European turning point. It is a question of making Europe powerful in the world, fully sovereign, free of its choices and master of its destiny,” he said.

The French Presidency’s programme centres around the concepts of recovery, strength and a sense of belonging for a more sovereign, digital, social and human Europe.

The programme has three priorities:

by strengthening the Schengen area, protecting European borders, controlling migration and improving asylum policy in line with Europe’s values and its international commitments; by building a stronger Europe that is more capable of action on security and defence; by working for the prosperity and stability of its neighbours, particularly through its engagement in the Western Balkans and its renewed relationship with Africa; and by bringing forth solutions to global challenges.

A new European model for growth

to make Europe a land of production, job creation, innovation and technological excellence; in which economic development is aligned with climate goals; supporting innovation and growth of European digital players and setting own rules for the digital world; and that offers high-quality, high-skilled and better-paying jobs.

that listens to the concerns expressed by its citizens at the Conference on the Future of Europe; that defends the rule of law and upholds its values; that takes pride in its culture, trusts in science and knowledge, and is committed to fighting discrimination and securing a future for the next generation.

These priorities follow on from the achievements of the Slovenian Presidency and are in line with the broader programme of the Presidency trios, co-developed with the upcoming Czech and Swedish Presidencies. These priorities are based on the European Commission’s work programme for 2022. The implementation of the programme will take account of developments in the ongoing public health situation.

During each presidency of the Council of the EU, the Council’s buildings are decorated based on an artistic design concept developed by the Member State holding the rotating presidency.

The French Minister of Culture, Roselyne Bachelot-Narquin, and the Minister of State for European Affairs of France, Clément Beaune, inaugurated the artwork that will adorn the buildings of the Council in the 37 colours from the 27 flags of the EU Member States throughout the French Presidency. The Fabric of Europe is woven together by the Member States. It provides a visual representation of the links within the EU and with the rest of the world, taking the form of flows of people, goods, data and information. It symbolises 447 million citizens’ sense of belonging to the EU while expressing the diversity of their cultures. This artistic design embodies the EU motto: “United in diversity”.