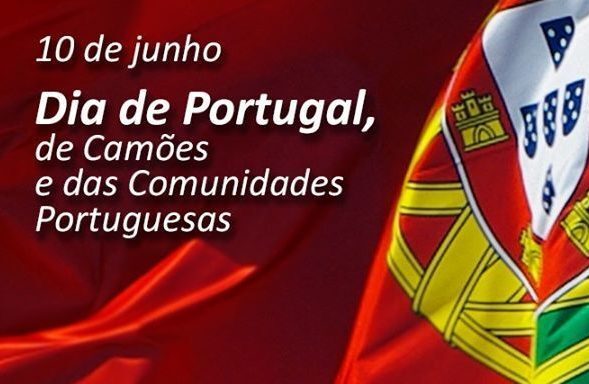 June 10th marks the National Day of Portugal and Portuguese Communities, commemorating the great Portuguese poet, Luis Vaz de Camões. It is a common practice to use a date of birth to mark the national day, but as Camões’ date of birth is uncertain, the date of his death was observed instead. Celebrated by Portuguese communities around the world, this day symbolises the unity of the Portuguese, who have settled in various parts of the Earth.

On this occasion, H.E. Jorge Roza de Oliveira, Ambassador of Portugal to Hungary and his wife hosted a reception in the garden of the Ambassadorial Residence, attended by Hungarian officials, members of the Diplomatic corps and the Portuguese colony in Hungary.

In his speech, the Head of Mission greeted the audience and thanked the Hungarian authorities for providing vaccines during the Covid pandemic. He praised his small but efficient embassy staff for their professional and dedicated work. He also mentioned that due to the horror and death that happened in Ukraine, the consular section of the embassy has been very busy in the last four months issuing thousands of documents for Ukrainian refuges, arriving to the borders of Hungary. By this they can start a new life in Portugal. The country has a large Ukrainian community, the second largest after Brazil. He also underlined that many Portuguese living in Hungary did activities, they volunteered, went to the borders, helped the refugees to flee the crises that happened there.

The Ambassador quoted a Portuguese saying: Hope is the Last to Die. Ambassadors really have to play on that hope, diplomats with their words and actions can make this world a bit better. The guests raised their glasses to hope.

Luis de Camões was a great Portuguese poet and chronicler of the Age of Discoveries. He was the author of Portugal’s national epic poem Os Lusíadas (Soul of Portugal), which is considered the most important piece of Portuguese literature and has become a symbol of the glory of the Portuguese nation, that he wrote in Macau. It was the first European colony in Asia to be conquered by Portuguese settlers in the 16th century and played a significant role in Portuguese history.

The renowned poet arrived there in 1556 and worked on his noted epic about Portuguese history and achievements in the Grotto, his former home, situated in the Garden that bears his name. The work describes the discovery of a sea route to India by Vasco da Gamma, who was the first European to reach India by sea. Os Lusíadas, a masterpiece, was first published in 1572.

Camões was a colourful character, known as an explorer and adventurer, he lost the sight in his right eye in a battle with the Moors at Ceuta. After losing his eye, Camões became the better sword basher of his era. He even survived a shipwreck in the region of today’s Vietnam. A legend says that in order to save his Os Lusíadas, Camões had to keep his poem above water with one hand, while using his other arm to swim through the dangerous waters of the sea. His patriotism and bravery are just a few of his great qualities that have made him a national hero, and the Portuguese nation has chosen to celebrate Portugal Day in his honour. Camões died in 1580, when Portugal lost its independence to Spain and a period of rule by three generations of Spanish kings began. The country only regained its independence after more than 60 years. Camões rests in the tomb at Jerónimos Monastery in Lisbon.