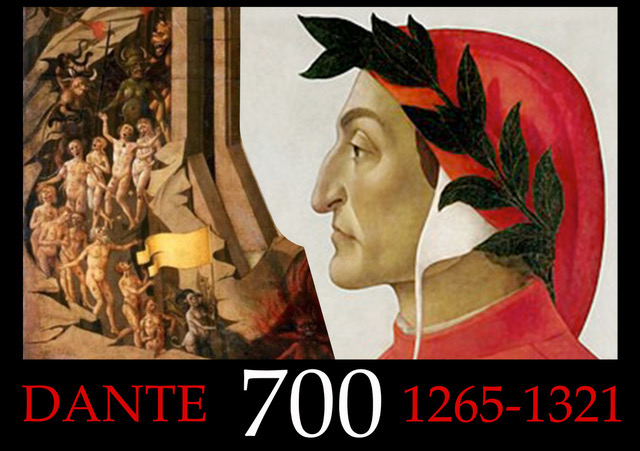 2021, a Memorial Year devoted to the 700th anniversary of Dante Alighieri’s death, all around the world.

The universal giant of poetry was honoured with a festive concert at the new venue of the Hungarian State Opera, in the Eiffel Hall, under the high patronage of Deputy Prime Minister Zsolt Semjén. The program of the September 12 performance included music compositions inspired by Dante’s Divina Commedia.

The event was opened by Ókovács Szilveszter, director of the Hungarian State Opera:

“We are used to holding celebrations at the Opera, as our theatre buildings were also built to serve as festive venues. And this includes the Ybl Palace on Andrássy Avenue, the Erkel Theatre on Pope John Paul II Square, or the very building in which we currently stand. Although the Vehicle Repair Facility, in other words Eiffel Hall is not a festive location, today, with these new opera functions, we hope to ceremoniously inaugurate it as such.

So, festive occasions are, if such a thing can be said, the “norm” for us. However, only once have we ever celebrated a literary author who, with his unquestionable quality and oeuvre, contributed to the richness of the opera genre. This only exception was William Shakespeare, to whom we devoted a whole season, as his works provided the basis for many, varied instrumentation and dance interpretations.

Dante is a truly special author, and just a few lines from his single work were able to inspire Puccini and his partners to write Gianni Schicchi, and it is an especial joy that Emil Ábrányi (1851-1920), the versatile composer of a forgotten Hungarian opera, Paolo and Francesca, drew inspiration from Dante’s encyclopaedic work.”

The concert also featured the Dante Sonata by Ferenc Liszt.

In his remarks the Guest of Honour of the evening H.E. Manuel Jacoangeli, Ambassador of the Republic of Italy to Hungary, praised the event:

“I am very pleased for the chance to be standing here, in front of many Italian and Hungarian representatives of politics, culture, and business, who all share an honest interest in Dante’s oeuvre. I would like to thank everyone, especially the Deputy Prime Minister Zsolt Semjén, the General Director of the Hungarian State Opera Szilveszter Ókovács, and my fellow Ambassadors, for honouring us with their presence tonight.

The 700th anniversary of Dante Alighieri’s death provides an excellent occasion for us to consider the role the Florentine genius and great poet continues to play in the life of Italy and the lovers of Italian culture and language all over the world.

The Sommo Poeta, the Greatest Poet, was the father of the Italian Language, and his eternal Comedy, which even Boccaccio called a “divine” work in the 14th century, is not only the most important work written in Italian but also widely regarded as the greatest masterpiece ever written. We are all heirs to this enormous cultural heritage, regardless of our nationality and mother tongue.

The key to Dante’s success in Hungary lies in the rich and bounteous web of historical and cultural connections between our two countries and is attributable to the excellent artists, scientists, and translators who – especially in the past two centuries – grew to love Dante’s works, making them their own and gaining strength from the ability to use it as a source of inspiration and hope on the journey every single person and every single nation is called to.

While there are a limitless number of thematic threads and inspirations based on Dante’s works, the musical dimension is the least subjected to scientific study, and also one of the least known to audiences. And yet music is always present in the Divine Comedy, with all three Canticas full of symbols, metaphors, and musical references that bring the poet’s otherworldly travels to life, from the cacophony in Hell to the harmonies in Heaven.

Music is thus omnipresent, as an opposite pole to poetry, a symbol of ascension and cleansing characteristic of the entire otherworldly journey. The language of the poem is an intricate lace of sounds, pauses, and emphases that come together to form musical notes and help the reader understand an otherworldly work that could only be the inspiration of the most ethereal of arts.

That is why I am especially grateful for and consider this occasion to be very important. Thanks to the commendable efforts of the Hungarian Dante Association and the Hungarian State Opera, this beautiful celebration is an amalgam of the anniversary, the compositions written by our countries’ famous musicians inspired by the Greatest Poet, and, most importantly, the great friendship that connects the Hungarian and Italian people, joined by Dante’s eternal heritage.”

Then Prof. József Pál, member of the Hungarian Dante Committee and Honorary Consul of Italy, addressed the audience with a short philosophical analysis of Dante’s work:

The outlaw of Florence mentioned Hungarians kindly on a number of occasions (O happy Hungary, if she would let herself be wronged no more!, Par.19.142) and was a good friend of Charles Martel of Anjou, the titular king of Hungary who lived in Naples and died young. One of the oldest surviving copies of the Commedia ended up in Buda back in the second half of the 14th century. All the great Hungarian poets, from Janus Pannonius to János Arany, drew inspiration from Dante’s works. In the past five years alone, three entirely new Hungarian translations of the Commedia have been written, along with numerous books and studies. In music, Franz Liszt composed music to of the beloved poet’s works: Après une lecture de Danté and the Symphony to Dante’s Divine Comedy, dedicated to Richard Wagner.

Readers often ask the experts what a poet who passed away exactly seven hundred years ago can offer us: we no longer believe that the Earth is at the centre of the Universe with Evil incarnate hiding in its depths and the Mount of Purgatory rising from the southern oceans, where no living mortal can reach. After Immanuel Kant, we see the immortality of the soul differently. Just as we see the divine judgement that follows death differently.

With its magical powers, the Commedia is able to draw in even those readers who do not think about otherworldly things at all. However, Dante’s real teachings are not related to these, but in our method of straining towards perfection: how the “natural” being acting on the basis of instinct becomes a true moral human that strives for salvation for himself and for others. Using real and mythological figures, Dante shows us the limitless richness of characters and fates. The situation sinners, repentant, and the redeemed find themselves in after the judgment shows us how God sees the world. Any by way of the judgment, we become aware of what was good and what was bad, what leads to salvation and what to damnation.

The music is motivation and a call to the Good. The path of development leads from being enclosed (Inferno) to complete freedom (Paradiso). The state of our current world, of interim existence, is best illustrated by the Purgatory. With divine help, this is where we can learn correct communication between people and between people and God. The music is a natural support for teaching theological terms: it is a calling to salvation while also providing help in achieving salvation. After the noises and unpleasant sound effects of hell, the music plays the entire time we are in Purgatory: from the heavy, dark, sombre tonality of the beginning to the festive arrival in Paradise. The souls being cleansed and/or the angels usually sing in chorus, without instrumental accompaniment, though the references contain instruments, with the organ used for Saint Cecile’s attributes. The message of the songs, most of which were inspired by liturgical traditions, shows a close relation to the one of the seven deadly sins from which the soul happens to be cleansed at the moment. The singing of Psalm 114 starts the process of gaining freedom (In exitu Israel de Aegypto). We then hear Te Deum laudamus and Agnus Dei in their rightful places; the miserly sing Adhaesit pavimento and the gluttonous sing Labia mea and then, if a soul is entirely cleansed and becomes free, Gloria in excelsis Deo resounds.

Returning to the natural forum for meeting after a difficult month caused by the epidemic, let the power of poetry and music lift us to the heavenly heights of harmony.”

As part of the Dante Memorial Year, a detailed Commentary by the members of the Hungarian Dante Society for the first part of the Divina Commedia, issued by ELTE Eötvös Publishing House, was presented on 14 September. The book launch took place at a round table conference, chaired by Academician László Borhy, Rector of ELTE, attended by members of the Hungarian Dante Society and the Hungarian Dante Association, in the University Library of ELTE University, where the world-famous Dante Codex from 1343-1354 has been kept, as one of the first surviving descriptions of the Commedia. Following the book presentation, a statue of Dante standing in the courtyard of the ELTE Szerb Street building was wreathed.