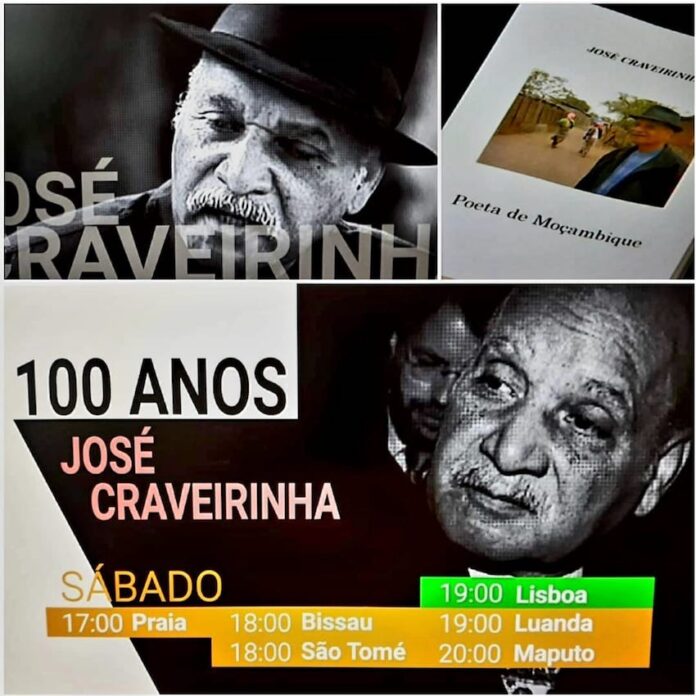 The Bailiwick of Mozambique of the Sovereign Order of St. John of Jerusalem, Knights of Malta, Federation of the Autonomous Priories (KMFAP) was invited by Casa Craveirinha to celebrate the 100th birthday of the greatest Mozambican poet, José Craveirinha (born in Maputo, 28 May 1922 – died in Johannesburg, 6 February 2003).

The Portuguese-speaking poet left a literary but also artistic legacy of the greatest relevance for the cultural panorama of Mozambique and the Lusophony. José Craveirinha was also a renowned journalist, and collaborated in the Mozambican periodicals: O Brado Africano, Notícias, Tribuna, Notícias da Tarde, Voz de Moçambique, Notícias da Beira, among others.

We celebrate not only the poet’s 100th birthday, but also the friendship of the KMFAP Bailiff, Sir Luís Cruz, with the poet’s son, the painter artist Zeca Craveirinha, as well as with the Minister of Culture and Tourism of the Republic of Mozambique, Mrs. Eldevina Materula.

Sir Luís collaborates pro bono for Craveirinha House, in exchange for donations in the area of consultancy the management of copyright and authors related rights. This foundation-run house, where the poet lived between 1976-2003 and spent his last days, perpetuates his intellectual and human memory.

The development, promotion and dissemination of African works of art and artists is practically non-existent in this country and in other sub-Saharan countries, but the Sovereign Order of St. John of Jerusalem, Knights of Malta (KMFAP) in Mozambique works to increase the value of culture, music and art, passing also for copyright management. Many good quality artists and art pieces with incredible historical value are despised and we are changing mentalities and show the financial and cultural value of this patrimony.

More with ancient Indo-Portuguese and Chinese furniture and decoration. The restoration of the entire shrine dedicated to Kwan Kun (Guan Yu) has already been news in KMFAP and, Natália, is currently restoring a 5 meter by 2 meter painting panel by the most internationally acclaimed Mozambican artist, the painter Malangatana, in conjunction with the National Art Museum. The painting is owned by a financial institution.