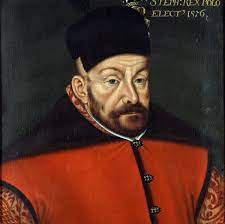 The year 2021 is dedicated to his memory and a significant event series will take place. The memorial year highlights several historical dates, the milestones of Báthory’s life: 450 years ago he was elected Prince of Transylvania, 445 years ago became King of Poland, 440 years ago founded the first university in Transylvania, and he died 435 years ago.

István Báthory was born in 1533 to a Transylvanian family of landlords. Thanks to his solicitous upbringing, versatile talent, and humanistic education, he began his political career early. In 1571, he became the Prince of the independent Transylvania, that first golden age is connected with his name. On 1st May 1576, he was crowned King of Poland in the Wawel of Krakow, after being elected by the Polish nobles. He brought about one of the most glorious era in Polish history, he is revered as one of their greatest kings, although he remained Hungarian all his life, not speaking Polish, he communicated in Latin. He married the sister of the Polish king Sigismund II Augustus, Princess Anna Jagiellon, but they had no descendant.

Báthory also demised a thriving Grand Duchy of Lithuania. He managed to strengthen the Lithuanian parliamentary system, accomplished the Polish-Lithuanian union, promoted economy and trade, and founded the University of Vilnius in 1579. Báthory’s outstanding diplomatic sense, strategic thinking, perseverance and forward-looking political vision made him a great ruler.

He reigned over Poland with its extensive territory, in a personal union with Lithuania and Livonia, and also over the lands of present-day Belarus and Ukraine. He was the common ruler of the citizens of Cluj-Napoca, Warsaw, Krakow, Riga, Vilnius, Minsk and Kiev.

His unexpected early death in 1586, at the age of 53, did not allow him to complete his oeuvre: the state union of Poland, Hungary and Transylvania. He could not realise his bold plan to liberate Hungary from the Turkish occupation; it only happened 100 years later. István Báthory’s tomb can be found in Krakow, in the crypt of the Wawel Cathedral.