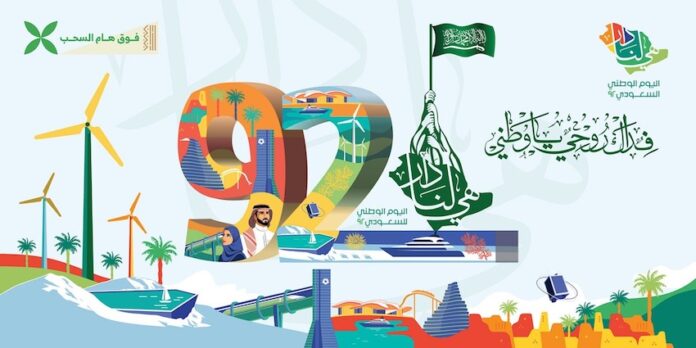 September 23 marks the unification of the Kingdom of Saudi Arabia by King Abdul Aziz Al Saud in 1932, founder of the vast country and first ruler from the House of Saud. The annual celebration of the National Day is an occasion to recall the historical event and the progress that the country has accomplished since then, and also to talk about the great projects of the future.

On the occasion of celebrating the 92nd Anniversary of the Saudi National Day, H.E. Abdulkhalig Bin Rafaa, Ambassador of the Kingdom of Saudi Arabia to Hungary and Mrs Shareefah Bin Rafaa hosted a diplomatic reception at Hotel InterContinental Budapest. The event was attended by high officials from the Hungarian political, social life, business and cultural circles, members of the diplomatic corps and the Saudi community in Hungary.

In his address the Head of Mission welcomed the guests, thanking their presence on this momentous day, and gave a brief overview about the Saudi-Hungarian bilateral relations and stressed:

“Last year and the year before we did not have the opportunity to celebrate the National Day due to the COVID pandemic. However, we were able to continue working with our Hungarian friends to develop relations between our two countries and extend them to wider areas. Part of that took place in virtual meetings, where the Joint Committee met virtually on 24 March 2021 and several agreements were signed, the last of which was the air transport agreement that will allow airlines to operate flights between the two countries. WizzAir will start operating its flights from 20 European cities to three cities in the Kingdom from January 2023. Moreover, Flynas has obtained a permit to operate three flights from Saudi cities to Budapest. This is an important development that will serve a wide range of sectors, including tourism and business.

One of the interesting events was the participation of the Saudi Falcons Aerobatic Team in the Kecskemét International Airshow in 2021, as the Royal Saudi Air Force’s official demonstration team, flying BAE Hawk MK. 65 jet trainers. As the Airshow coincided with Hungary’s National Day celebrations, the team with seven aircrafts flew in the Budapest sky and drew a beautiful painting that displayed the colours of the Hungarian flag.

In the same period, a number of Saudi citizens participated in a motorcycle competition and achieved great results.

The areas of cooperation between the two countries are limitless, and we are awaiting the completion of the investment agreement soon, which will provide the business sector with more opportunities in various sectors.

The Kingdom has opened its doors to tourism and tourists can obtain their visa online within five minutes. This and other matters were unimaginable ten years ago. Now all that is possible thanks to His Royal Highness Prince Mohammed bin Salman, who developed Vision 2030, a historic vision that includes several elements that cover all multi-dimensional areas of life, built around three primary themes: a vibrant society, a thriving economy and an ambitious nation.

Here we highlight the Kingdom’s firm commitment to its international responsibilities as a founding member of the United Nations and as a force for political and economic stability in a turbulent world. Through the Taif Conference in 1989, the Kingdom was able to end the civil war in Lebanon and presented the Arab Peace Initiative to solve the Arab’s number one issue: the Palestinian issue, which constitutes a unified Arab position. We also note Riyadh’s initiative to resolve the Yemeni crisis.

And last but not least, and based on the interests of His Highness Crown Prince Mohammed bin Salman and His Highness’s continuous efforts to adopt humanitarian initiatives towards the Russian-Ukrainian crisis, His Highness succeeded in mediation by releasing ten prisoners from five countries in mid-September in the framework of a prisoner exchange process.

Thank you again for your participation.”

Following the official part of the event, specialities of Saudi Arabian gastronomy were also served, which were greatly appreciated by the invitees.

Source: Embassy of the Kingdom of Saudi Arabia