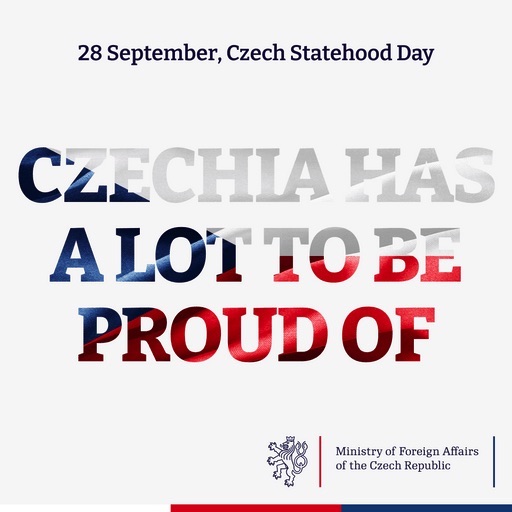 The motto of the Czech Presidency of the EU Council stands on the wise words of the late President Václav Havel from 1996: “Europe as a Task”

Photos by Dávid Harangozó and DPA

On the occasion of Czech Statehood Day, a grand celebration was hosted by H.E. Tibor Bial, Ambassador of the Czech Republic to Hungary, at the Stefania Palace in Budapest on the 22nd September.

It started with an extraordinary concert of selected young Czech and Hungarian musicians from Virtuosos V4+.

Virtuosos is a unique classical music talent TV show for contestants between 6 and 18 years old, founded in Hungary in 2014 to support and discover new young classical music talents. Since then it has travelled the globe gaining relevance and popularity with each passing year to become the most prestigious children’s classical competition and a prominent brand and movement, supported by many world-famous music stars such as Plácido Domingo, HAUSER, Andrea and Matteo Bocelli, Lang Lang, Guy Pratt, Harvey Goldsmith, Steven Mercurio, Eugene Kohn, Erika Miklósa, Maxim Vengerov, Gergely Bogányi, Nemanja Radulovic and Pablo Sainz Villegas.

The 8th edition of the show will be on air from 18 November, and from 2 December 2022 the international series starts in Czechia, Slovakia, Poland and Slovenia. VIRTUOSOS has become a global phenomenon, with fans from all over the world.

The concert’s performers, playing music by classical and contemporary composers:

The concert, with the captivating performance of the young artists that enchanted the public, was followed by a reception attended by high officials of the Hungarian government, representatives of political, social, cultural and business life, members of the diplomatic corps and the Czech community.

In his speech, the Ambassador greeted the audience and guest of honour, Minister of Defence Mr. Kristóf Szalay-Bobrovniczky, and talked about the most important holiday of the Czech nation:

“It is my pleasure to welcome you on behalf of the Embassy of the Czech Republic. Thank you for joining us today to celebrate our Czech Statehood Day. I would like to extend a special welcome to our guest of honour, Minister of Defence Mr. Kristóf Szalay-Bobrovniczky, who will speak later tonight.

September 28 is declared the Statehood Day of the Czech Republic, but it is also the feast of St. Wenceslaus/Václav, the patron saint of our country. Wenceslaus accelerated the conversion of the then Bohemian principality to the Christian faith. He advocated the use of Latin and Slavic languages during masses and made efforts to solidify Bohemian culture. He became known as a wise and peaceful ruler, who was very popular among the people. And the date, September 28, marks the day he was murdered by his brother’s supporters in 935.

His name roughly translates to “greater glory” and we do think that name stands to its calling. I am sure we all remember another Wenceslaus/Václav, President Václav Havel, whose words and legacy are engraved in our Czech society. And that is also one of the reasons why the motto of the EU Czech Presidency stands on his wise words in a speech “Europe as a Task” on 15 May 1996 when accepting the Charlemagne Prize. Havel called on Europeans to rediscover their conscience and take responsibility for global environmental, social and economic challenges. He wanted Europe to be inspiring and lead by example, and we are trying to emphasise that during this Czech Presidency of the EU Council in the second half of this year, 2022.

Havel’s legacy is also important for our Embassy here in Budapest, as his grandfather, Hugo Vavrečka, was the first Czechoslovak Ambassador in Hungary (1922 – 1926). And Ambassador Vavrečka signed the contract by which the building of today’s Czech Embassy was purchased in 1922. Thus, this year we celebrate 100 years since the Czechoslovak and later Czech Embassy has been operating from there, formerly known as the Zichy Palace.

We hosted the last reception over three years ago as the whole world was forced to take a little break due to the COVID pandemic, but I would like to assure you that we kept working hard on our agendas the whole time.

We all know that the situation we are currently living in is very uncertain and that there is a war happening behind the borders of Hungary and the European Union. This war greatly affects the lives of every single one of us. I do hope that the unity we have previously showed with other countries and partners will soon help to solve the situation and make the whole Europe come out of this unprecedented period stronger than ever before.

Similarly, I would like to emphasise that we have not stopped working on our relations with Hungary and that we are constantly and successfully working to strengthen this relationship. And lastly, I have to thank all our sponsors, without whom this evening would not be possible.”

The guests were invited to enjoy the dishes and beverage specialities of the famous Czech gastronomy at the reception, accompanied by joyful music played by the young musicians who performed at the concert.