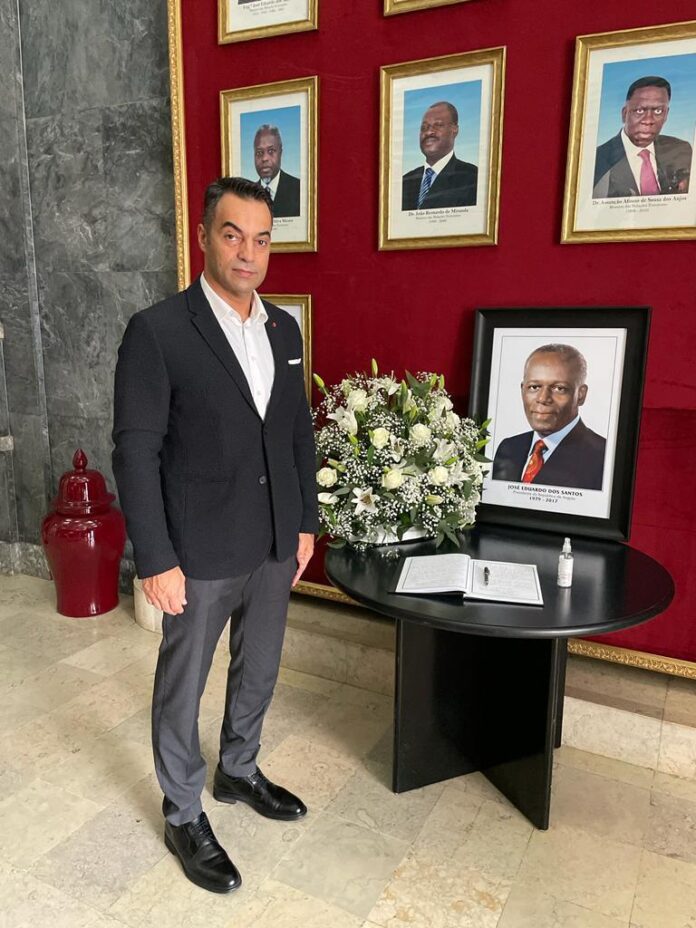 On the 11th July 2022, First Counselor Sir Vítor Diogo Rodrigues KM, MSc, was appointed Chargé d’Affairs a.i. the Embassy of the Federation of Autonomous Priories of the Sovereign Order of Saint John of Jerusalem, Knights of Malta (KMFAP) to the Republic of Angola and on behalf of the Government of the State of KMFAP for the signing at the Angolan Ministry of Foreign Affairs the Book of Condolence on the death of former President of the Republic of Angola, Eng. José Eduardo dos Santos, as a printout of the KMFAP’s deep respect for the Angolan institutions and sadness at the loss of the man who was the architect of peace in Angola after the long and terrible civil war.

The former Angolan President played a significant role in Angola’s history during its struggle for independence, and worked firmly to achieve peace and promote the reconstruction of the Angolan nation.

KMFAP remains committed to strengthening its partnership with Angola and deepening the relationship between our people.