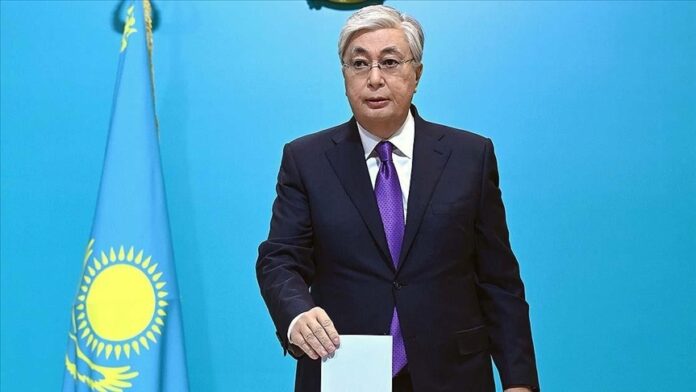 Early presidential elections were held in the Republic of Kazakhstan on the 20th November 2022. Six candidates participated in the election, including incumbent President Kassym-Jomart Tokayev.

Kassym-Jomart Tokayev has won his presidential re-election with a convincing result in Kazakhstan after receiving 81,31 % of the vote. This huge victory was announced by the Central Election Commission (CEC) after counting the votes. According to the preliminary results, other candidates received votes as follows: Zhiguli Dairabayev – 3,42 %, Karakat Abden – 2,60 %, Meiram Kazhyken – 2,53 %, Nurlan Auesbayev – 2,22 %, Saltanat Tursynbekova – 2,12 %, against all – 5,8 %.

According to the CEC, 8.300.046 citizens out of around 12 million eligible voters cast their ballot, a turnout of 69.44%. Voting took place at 10,101 polling stations across the country, including 68 polling stations at 53 Kazakh diplomatic missions around the world.

Speaking after casting his ballot, Kassym-Jomart Tokayev said on the election: “Today is a very important, historic day. We are voting for a bright future of our country.” “The presidential election marked the beginning of a new political era that will see a major transformation of the main power institutions.”

In accordance with recent constitutional changes, President Tokayev will serve a seven-year term until 2029 without the right to re-election. Answering a question from a journalist on whether seven years would be enough to fulfil all the promises to the people, Tokayev replied: “I believe that seven years will be enough, because this is a long time in the life of any person. The most important thing is that there will be no monopoly on power in our country.”

“We will clearly and consistently implement constitutional reform…The national economy will undergo fundamental changes. The authorities will improve the well-being of people. Kazakhstan needs unity to make all these goals a reality. Therefore, I call for unity,” Tokayev stressed after the announcement of the preliminary election results.

President Tokayev also noted that he would announce the date of early parliamentary elections later this year.

Source: Embassy of Kazakhstan in Budapest,

Press Office of the President of Kazakhstan