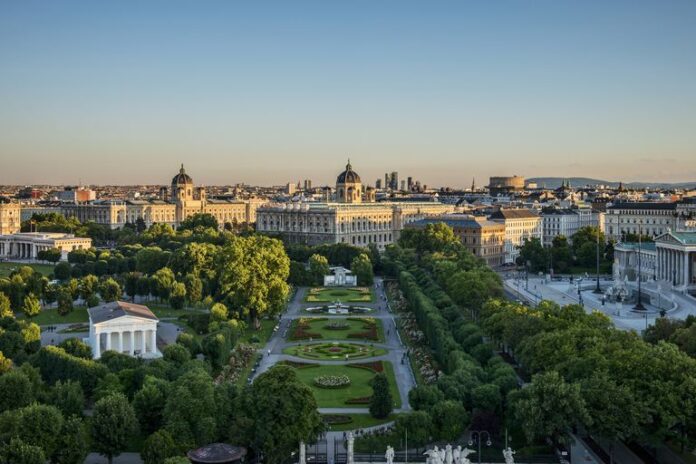 Written by Anna Popper, published in the Diplomatic Magazine

On the 22nd April 2020, the 50th anniversary of Earth Day, an annual list of the world’s greenest cities was published by “Resonance Consultancy” group, based in Vancouver and New York. The 50 most-visited cities were assessed by nine “green” criteria: Vienna, the capital of Austria, the greenest model city occupies 1st place in the ranking of the greenest metropolises. Vienna’s green spirit can be sensed everywhere, thanks to the countless opportunities for quiet leisure time in green areas that everybody can take advantage of when the sun comes out. Whether you go for a walk fresh air and relaxation are guaranteed.

Vienna is top in the following disciplines:

Trash recycling can also be stylish: the waste incinerator is part of Vienna’s visual identity, thanks to Hundertwasser’s design.

In September 2019, for the second year, Vienna was declared the world’s most liveable city on another prominent list, the Quality of Living Survey 2019. No one who has ever visited Vienna can dispute this rank, as it has great infrastructure, rich history, incredible cultural offer and heritage, including the coffee houses in every corner, and unrivalled musical legacy, being considered the capital of classical music in Europe.