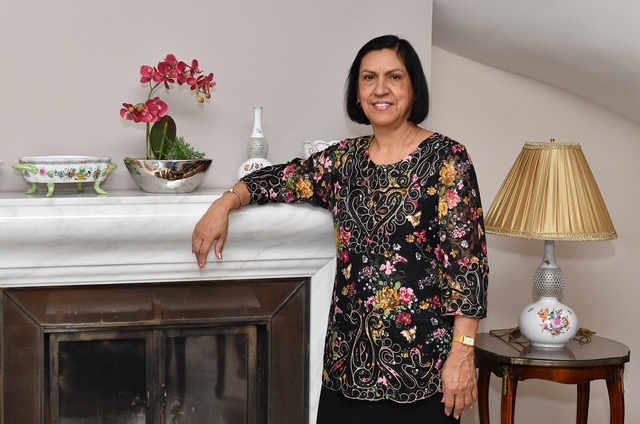 Interview with H.E. Ms Alicia Elvira Corredera Morales, Ambassador of the Republic of Cuba to Hungary

Your Excellency, how did You celebrate the anniversary of the Cuban Revolution this year?

In 2021, we celebrated the 62nd anniversary of the triumph of the Cuban Revolution on the 1st January, as every year along with Christmas and the New Year, with popular festivals in homes and public areas. Family and friends held parties enjoying traditional Cuban food, such as roast pork, congrí, yucca, desserts, beer, rum.

The currency unification process, called monetary ordering task (the Cuban peso (CUP) will be the only official currency), began in January. This will have an impact on the domestic trade system due to the increase in prices, the rearrangement of services and a better distribution of current subsidies that people must get used to.

What are the major achievements of Cuban society that You are proud of, and the main challenges Cuba has to face?

One of our main achievements is to have made 100% of the Cuban population literate. Vocational schools were opened for the peasants’ children and scholarships were given to study in the city. The minimum level of education rose to 6th grade and now the minimum level is 12th grade. Large estates were also distributed to the poor peasants by two laws of agrarian reform.

Fidel Castro realized that science and technology were essential for the development of the country, and a system of scientific and technological innovation was created that encompasses all branches of socio-economic and economic development, and culture.

The Scientific-Productive Poles were also constituted as an organizational unit in high value-added production programs, especially in biotechnology and medical-pharmaceuticals. It is specialized in biotechnology research with the production of vaccines and medicines, as well as the creation of the so-called Scientific Reserve with young people who manifest qualities for scientific research.

One of the greatest achievements is recombinant hepatitis B and meningococcal vaccines (Cuba owns its patent and technology), with export revenues reaching 400 million dollars.

In addition, environment protection has always been an area of scientific development in Cuba. The state has stipulated that citizens have a duty to contribute to the protection of water, the atmosphere, and the conservation of our rich nature.

The computerization of society is a big challenge. Despite US laws, such as Torricelli, have limited the development of communications in the country from 2008 to the present, Cuba has increased its bandwidth in outbound transmission by 63%, and input by 40%. To promote the national ICT industry, the teaching of computing has been extended to all schools since 2002.

The recovery of Cuban economic growth between 1994-1999, after a deep contraction in the first half of the 1990s, was a notable achievement but still insufficient to strategically overcome the crisis.

Another challenge is the decrease of the economically active population after a growth between 2015 and 2021, and by 2030 we will have 133,000 fewer workers.

Economic growth is the watchword if we want to develop, but this is a difficult task for the country not only for economic but also for other reasons, related to institutional issues. If the national economy today does not reach the desired growth rate, it is basically because the business system does not work properly, as a decisive percent of the economy depends on the state.

“It’s time to act realistically, addressing priorities, facilitating the real strengthening of the state enterprise and its productive chain with foreign investment, joint ventures, and the non-state sector of the economy. We need a more proactive, intelligent and concrete attitude from the leaders promoting safe and particular solutions to problems, with the continuous and intense search for agile and efficient answers”- as the President of Cuba, Mr. Miguel Díaz-Canel stressed.

Your country has handled the fight against the pandemic very well, much better than many nations. Would You reveal the details of these great results in health control?

One of the main reasons why the Cuban medical system has been praised worldwide is because the state offers free and quality services for all citizens. Cuba considers that access to health is a fundamental and human right.

For good health statistics, we need to focus on prevention and educating the population. Cuban vaccine candidates Soberana 01 and Soberana 02, whose effectiveness against the COVID-19 virus is already being tested in the country, are in progress of clinical trials abroad. Phase 3 of vaccine efficacy studies are carried out both in Cuba and abroad. Cuba must vaccinate its entire population in 2021, and collaborates with 75 countries to fight the pandemic. “Our foreign policy honours the principle of solidarity.”

After the third year of Your diplomatic service in Hungary, what goals have You achieved that You set as Ambassador?

Hungary is a beautiful and very interesting country, having 60 years of diplomatic relations with Cuba. In 2017, during the official visit of the Minister of Foreign Affairs and Trade, H.E. Péter Szijjártó in Cuba, three agreements were signed in cultural, academic and economic-commercial areas. A sports agreement had previously been signed.

The agro-food, hydraulic, science, technology-biotechnology and medical-pharmaceutical sectors have been identified to coordinate a business deal. I carry out my work in this spirit, in addition to enhancing relations with the Hungarian Parliament, the Chancellery, universities and other sectors. Mutually beneficial projects and collaborations have been developed.

How has international tourism become a successful sector of the Cuban economy, generating significant revenues?

The main advantages of our tourism are: security, friendliness of people and the professionalism of tourism workers.

Beside the beautiful beaches, Cuba has a rich heritage in architecture and culture, and a great potential in health tourism, nautical and diving possibilities. The 40th International Tourism Fair of Cuba (FITCuba), dedicated to the sun and beach, is expected to take place in May 2021 in the famous Varadero resort, with Russia as the guest of honour. The Cuban leisure industry is based on real estate development associated with golf courses by foreign investors. Of the 13 projects started so far, two have already been completed. Canada remains the top tourist market for Cuba, followed by France, Germany, UK, Spain and Italy.

After three months of total closure due to the pandemic, Cuba is now open with some restrictions.

Your Excellency, tell us please about Your diplomatic career. How easy is it for women to work in leading positions in Cuba?

This is my first diplomatic mission as ambassador, for many years I directed the Cuban Institute of Friendship with the People (ICAP), a social organisation promoting popular diplomacy. My diplomatic career in Hungary has developed well, I enjoy the support and sympathy of the Hungarian authorities and the diplomatic corps. In my country, women occupy a privileged place in society, because we’ve earned it with our intelligence and dedication.

The Cuban legal system guarantees full gender equality. 53.22% of the members of the Cuban National Assembly of People’s Power are women, and in this aspect Cuba ranks second in the world.

Women make up 53% of the science sector, and constitute 71.2% of the health personnel, a valuable army that has fought COVID-19 for countless hours. Women today are doctors, teachers, architects, soldiers, artists or leaders, and spokespersons for the reality of a country that is committed every day to equality as an elementary right.

How do You spend Your leisure time after busy working days?

I dedicate my free time to my family, mainly to my 8-year-old granddaughter Isabela, who studies in a Hungarian school, loves the culture of this country and is in full swing of wanting to know everything. We go for walks, to museums, parks, and before the coronavirus we were often invited to friends’ parties. Anyway, I have had pleasant moments.

What would be Your wish and message for 2021?

Let the pandemic end, let us live in peace and let Cuba move forward as its working people deserve.