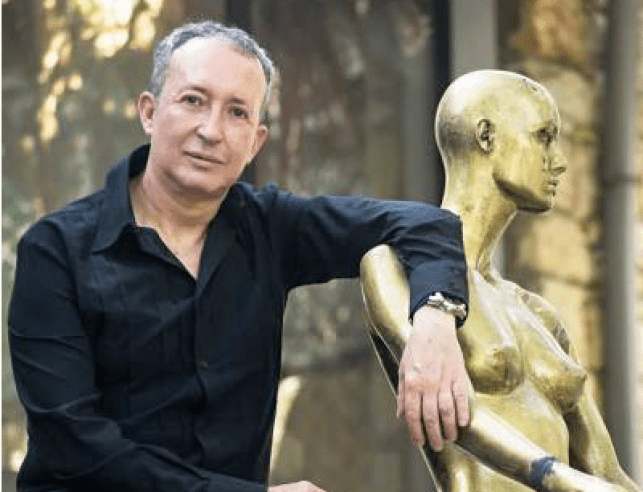 H.E. Arch Sir Júlio Quaresma – besides being Grand Cross Knight and Ambassador of the Sovereign Order of Saint John of Jerusalem, Knights of Malta, Federation of the Autonomous Priories (KMFAP), a Diplomat and Architect – is also a renown Painter and Sculptor, and is the author of numerous remarkable monuments.

In the December issue of Frontline Magazine – Lifestyle and Business the following article was published about Sir Júlio, who received the Frontline Award 2021 in Art and Culture as a recognition of his works.

“JÚLIO QUARESMA – ART AND CULTURE: Júlio Quaresma was born in Angola, in 1958. In 1979, already in Lisbon, he studied Painting and Drawing at Ar.Co; in 1981, a degree in Architecture from the Lisbon School of Fine Arts; and in 1983, a degree in Scenography from the Superior Theatre Course at the National Conservatory of Lisbon. In 1993, at the Faculty of Architecture of the Technical University of Lisbon, he concluded, with distinction, the Master’s in Architecture Technology and Environmental Quality, with the presentation of the thesis “A Arquitectura do Afecto”, and in 1994, the postgraduate course in Rehabilitation of Urban Centres, by ARCA/ETAC, in Coimbra.”

The Frontline Awards aim to distinguish all those who, for us, stood out in the most varied categories throughout 2021. They are our public recognition not only to the awardees, but also to all those who have contributed to the success of this editorial project.

The article about the award can be found here: